Note: By removing superseded updates via this script I would assume that the newer superseding updates are being included in new deployments.

Note: If no server name is specified you will be prompted to provide one. 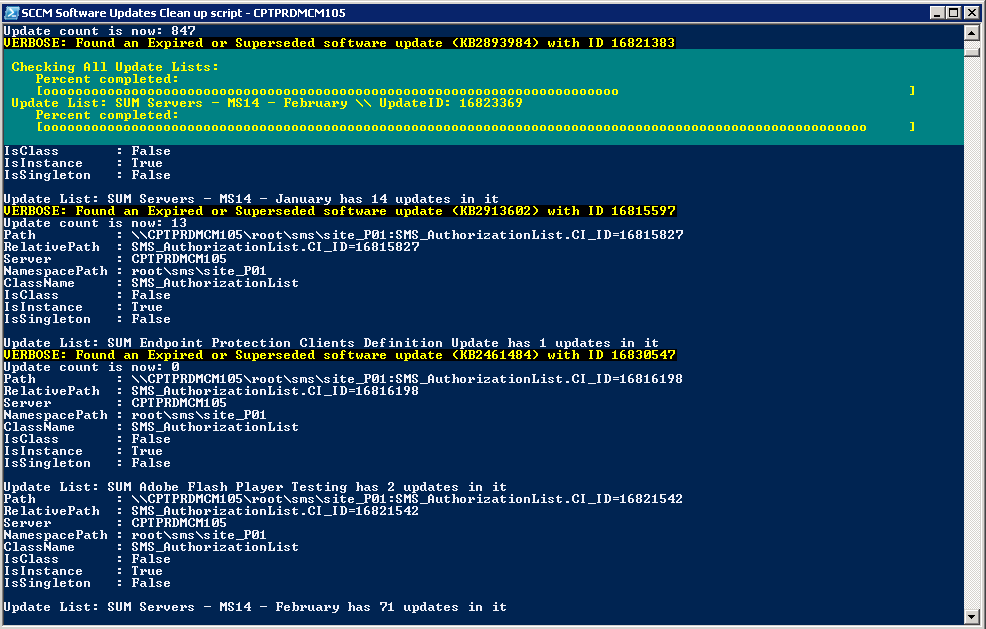